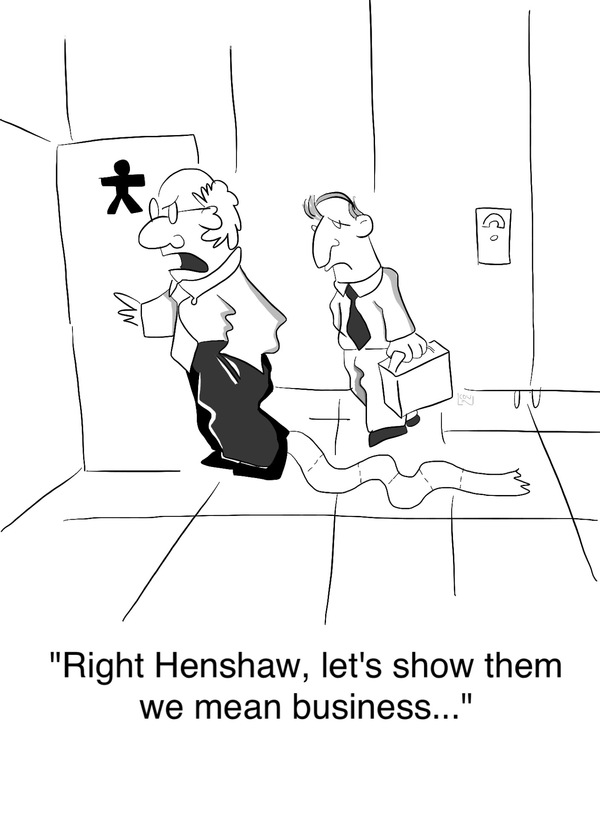 You know that one person you really can’t stand but everyone else loves? Something about that person that drives you up the wall — yet everyone else seems to get along just fine?

Most likely, the first time you met that person something about them rubbed you the wrong way. First impressions really matter. As research shows, not only do your conclusions about someone form in 30 seconds or less, but they usually last forever — even if in the future the person acts completely differently than you were expecting based on your first impression.

Clearly, this matters in sales. If you screw up the first call, your prospect could have a negative opinion of you for the rest of the relationship.

Good news: By avoiding these six mistakes when you call a prospect for the first time, you can ensure their first impression of you is great.

1) Speaking too quickly
I understand the urge to talk fast — after all, you’ve got a lot of information to communicate in a very short time. But adopting an auctioneer’s rapid-fire style isn’t the right solution. Not only can speaking too quickly make your prospects anxious if they can’t follow along, it also decreases the chance they’ll absorb everything you say, let alone evaluate it. And if they can’t think critically about your statements, good luck winning their business.

2) Slouching
Making multiple sales call in a row can be draining, so it’s understandable if your posture slides. Plus, if you’re in inside sales your prospects can’t see you — who cares if you’re slumped in your chair?

Even if the person on the other end can’t see your good posture, they’ll be able to hear it. Sitting upright makes it easier for your diaphragm to support your breathing, which in turn makes your voice sound fuller and richer. In other words, keeping your back straight can make you appear more engaging, powerful, and charismatic.

So before you pick up the phone, make sure your head is straight (not tilted up or down), your feet are flat on the floor, and your shoulders are pushed back.

3) Being inflexible
Ideally, you’ve got an agenda for the phone call. Yet you shouldn’t be so married to your agenda that you ignore what your prospect wants to talk about — for example, maybe you’re focused on identifying the person with purchasing authority, while the prospect wants to talk product features.
If you ignore or evade their questions so you can “stay on-topic” (that is, your topic), you’ll come across as pushy and self-interested.

However, how you apply this study’s findings may depend on your gender. The study’s authors found that men who raise the tone of their voice are seen as more trustworthy, while women must vary their pitch to achieve the same effect.

5) Sounding unenthusiastic
On the first call, projecting enthusiasm was probably easy. But as the day goes on, you might find yourself losing some of that positive energy.

Unfortunately, if you sound apathetic, your prospect will assume you’re not truly invested in helping them — and recovering from this negative impression will be almost impossible.

When possible, set up the majority of your phone calls to coincide with your peak energy levels. And if you feel your energy flagging, take a short break: Get up, walk around, watch an inspiring TED talk, switch to a different task for a couple minutes, or even reflect on your latest achievement to get your adrenaline pumping.

6) Interrupting
We usually interject while someone else is talking for two reasons: Either we’re excitedly announcing we share the same opinion, or we’re too impatient to wait our turn.

The first type of interruption is forgivable among friends and family — but not with prospects. Not only can it be seen as rude, but you don’t know if you’re actually in agreement until they finish talking.

And the second type of interruption? It’s never forgivable.

If you’re a chronic interrupter, remind yourself before each call to let the other person finish their thought before you start yours. And don’t just start talking when they’re done — make sure you’re processing what your buyer is telling you, then respond to them instead of rattling off the thoughts you had while you were waiting for them to finish talking.

Try waiting a beat after you think they’re done to make sure they’re not simply taking a breath. While this might feel awkward, remember that the silence feels much longer to you know than the prospect — and you’ll be surprised at what many people will reveal when they feel you’re really paying attention.

It can be a little intimidating to realize that a prospect’s opinion of you hinges on the first three minutes or so you spend with them. If you come across the wrong way, you’ll be trying to overcome that mistake for the rest of the relationship.

But the opposite is true as well — if you make a great impression, your prospect will think you can do no wrong.

For me, it’s the news alerts that appear on my cellphone screen many times a day. Or an email that may just be very important. Or suddenly remembering that I forgot to do something on my to-do list.

Yeah … it’s a lot of things. But I’m not alone: As reported by the National Business Research Institute, the top five office productivity killers are cell phones, the internet, gossip, social media, and email. And 85% of employers report needing to increase productivity.

Working more won’t help — as soon as we hit 50 hours a week, output starts to decline, yet 40% of people report working more. But all hope isn’t lost. The infographic below from ResourcefulManager outlines common productivity killers and strategies for doing more in less time. 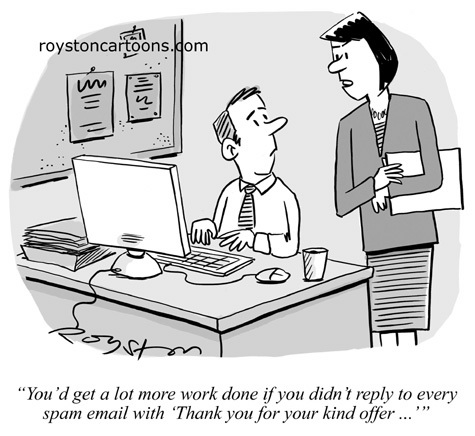 Emails are the backbone of sales prospecting, and with good reason. Buyers don’t always pick up the phone, so salespeople can choose between twiddling their thumbs that prospects will check voicemail – or sending a follow-up email.

Unsurprisingly, most salespeople worth their salt will opt for the latter option. But there’s no guarantee of connecting electronically, either. The volume of email sent and received per day has reached an all-time high at an average of 245 per person, so standing out in your prospects’ inboxes is no easy feat.

Luckily, salespeople don’t have to rely on guesswork to optimize their outreach emails: There’s data to back up what the ideal approach looks like. For example, 58% of emails with subject lines that are 10 characters or fewer are opened, and almost two-thirds (64%) of professionals open emails based on subject line. Not sure when to send an email? Thursday at 11 a.m. is your best bet, with that weekday and time seeing the highest rate of email opens.

Check out the infographic below from Sales Staff below to see more eye-opening stats about sales emails, as well as check out a sample optimized three-email prospecting sequence. 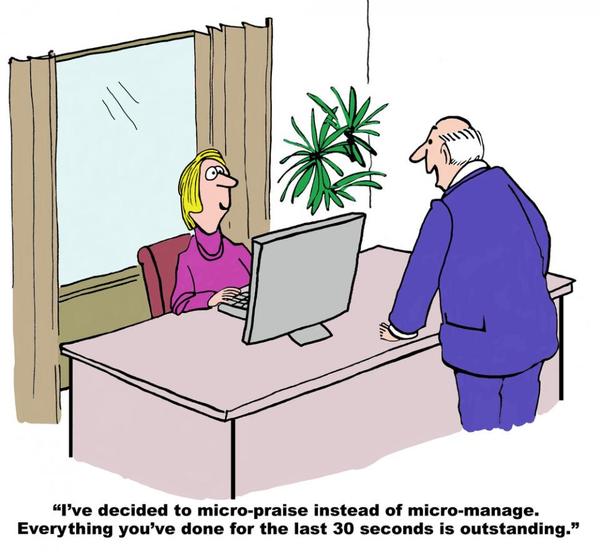 Every morning send a friend, family member or co-worker an email to say thanks for something.

Might sound silly but it’s actually excellent advice on how to make your life better.

Harvard Professor Shawn Achor’s The Happiness Advantage:
“This is why I often ask managers to write an e-mail of praise or thanks to a friend, family member, or colleague each morning before they start their day’s work—not just because it cements a relationship, but because it literally contributes to their own happiness.”